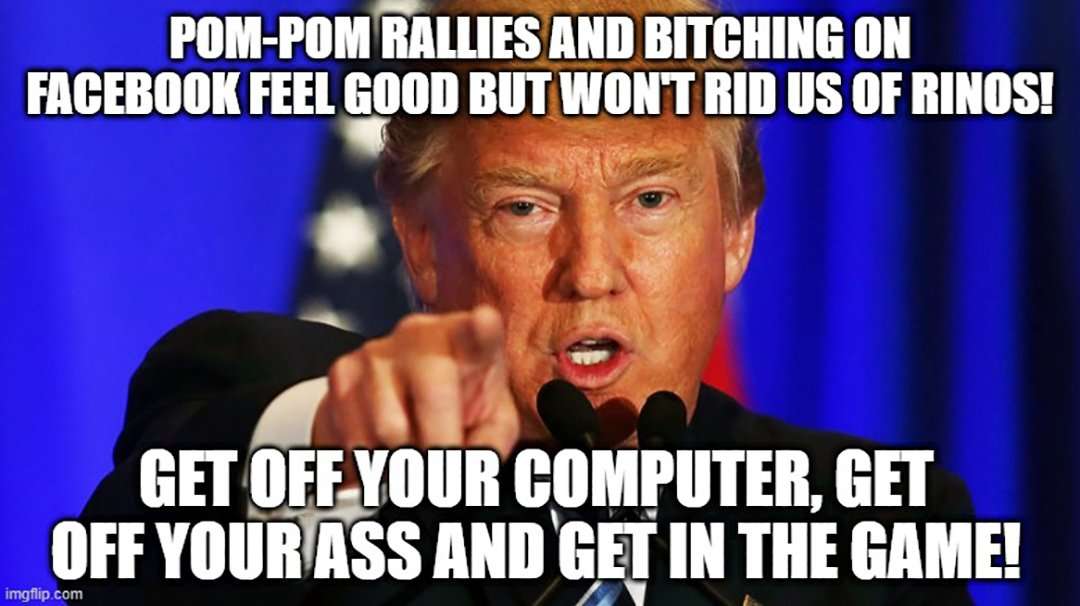 Most Republican primary voters have little idea of what a Republican State Committee member actually does and how they influence politics statewide. Most primary voters go to their polls, take an “official endorsed Republican party sample ballot” placed into their hands from their local committee person, and vote for the endorsed candidates. Local committee members are pressured by their county chairperson and loyalists to toe the party line and hand the so-called “sample ballot” out to every voter, despite being under no obligation to do so. Many committee people succumb to this pressure and tell their constituents to vote for the endorsed candidate out of fear of reprisal from the county chairperson or their local executive board member. Most voters have absolutely no idea how this situation plays out behind the curtain and usually take the advice of their local precinct committee person. Let’s face it; it’s the easiest way for a voter who doesn’t have the time to research the best candidates to feel like they “did the right thing” by “voting Republican.” But what they are actually doing each time they vote for the Republican Committee’s “endorsed”  candidate is to give away more of their election choice and voting power to the Republican State Committee for little or nothing in return. The results of this situation have been a disaster for citizens of the Commonwealth and especially those in Bucks County.

What is the problem with party elites selecting our candidates in primary elections? It’s quite simple and comes down to human nature and politics. First of all, party elites, more often than not, do not have the same goals and interests as the voters. As evidenced by the voting records of their endorsed candidates who are now in office like Congressman Brian Fitzpatrick https://ballotpedia.org/Brian_Fitzpatrick#Key_votes and numerous state representatives, it is obvious that they don’t have the interests of conservative voters in mind. They say one thing as candidates but sadly, too many times, they vote quite differently when in office. This happens because party elites care little about ideological alignment and values or how the candidate will vote with conservative principles in mind.  Party elites support candidates who they can control, which ultimately takes power away from the voters. Since party-endorsed primary candidates win 99% of the time, this system is self-perpetuating; endorsed candidates swear loyalty to the party in exchange for placing them in office.

Let’s review some details about the State Committee and how it works. You can see the bylaws of the PA. State Committee here https://www.rightforbucks.com/wp-content/uploads/2021/12/GOP-State-Committee-bylaws.pdf. State Committee seats are apportioned to counties according to their population. Bucks County is allocated 18 State Committee seats, which are elected every four years along with the Governor. Of these 18 seats, nine must be male, nine must be female. Of the 18 seats, 2 of these are given automatically to the county Chairperson and the Vice-Chair. That leaves 16 seats that are elected by the primary voters on a county-wide basis. People endorsed by the party almost always win these seats. As you will see, this system is not behaving like a meritocracy. It’s behaving like a manufactured bureaucracy.

Once elected to State Committee, a committee person’s job is to attend meetings in Harrisburg and vote on a very limited scope of matters at the state level only. State Committee people vote on whether to endorse candidates for statewide office such as Governor, Lt. Governor, US Senate, Commonwealth, and PA Supreme Court. They also vote on whether to endorse (or not! Candidates who will be the PA GOP State Committee Chair (currently Lawrence Tabas) and the two National Committee people (one man, one woman). In matters where a seat is vacated in the middle of a term, the State Chair of that official’s party selects a replacement to fill that seat until the committee votes on a permanent replacement. State Committee members also vote on their rules and operational matters.

Here’s some more important information. The county party leadership makes endorsements for candidates running for State Committee in primary elections. The qualifications for selecting candidates for endorsement should include INTEGRITY, STRENGTH OF CHARACTER, A COMMITMENT TO CONSERVATIVE PRINCIPLES AND VALUES, ATTENDING MEETINGS, AND KEEPING YOUR CONSTITUENTS INFORMED. Looking at Bucks County’s current lineup of State Committee people and HOW THEY VOTE, the main qualification seems to be loyalty to the County Executive’s agenda, and little else. By “stacking the deck” with loyalists on the State Committee, the County Executive brings more power to the regional caucus and thus the state as a whole. The qualities and results that GOP VOTERS expect from their State Committee representatives are not those that the party leadership uses to SELECT candidates for the voters with their primary endorsements.

What has been the result of this process in Bucks County and Pennsylvania? Time and time again, the State Committee has proven itself to be the promoter and protector of RINOs (Republican in name only). A recent example of bad results due to this system is the vote to NOT censure lame-duck US Senator Pat Toomey for his vote in favor of the 2nd Fake Impeachment of Donald Trump. Another more recent vote was taken on whether or not the State Committee should make endorsements in this year’s primaries. Thankfully, the State Committee REJECTED Bucks County GOP Chair Pat Poprik’s motion to make endorsements in the upcoming primary election. Predictably and unfortunately, only Barry Casper had the courage and integrity to vote NO. We understand that 89 out of 90 state committee members from the Southeast Pa. Caucus (Bucks, Chester, Delco, Philly) voted FOR endorsement, with Barry Casper the lone wolf sticking up for what was right. Unfortunately, since they voted by a “voice vote,” the citizens will not know who voted FOR or AGAINST the measure. Not surprisingly, the committee denied us transparency and opted for a secret vote to protect the RINOS from their voters.

Over the last eight years, we have seen the PA GOP surrender the Governor’s office to a far-left radical tyrant and his big-government cronies. The PA GOP is responsible for giving us Act 77, the disastrous “election modernization” experiment that gave us Fake Resident Joe Biden and a corruptible and un-auditable election system. We saw a “Republican” Governor approve the nation’s highest taxes on the gas we need to run our cars. We need to elect State and County Precinct Committee people who are going to stand up for our values to have courage and fortitude in opposing the corruption and sickness infecting our nation in the form of communism and globalism. We need State and County Committee people who understand and resist the unchecked power of the PARTY primary endorsement process and who are willing to LEAVE THE SELECTION OF CANDIDATES UP TO THE INDIVIDUAL COMMITTEE PEOPLE AND THE VOTERS. Voting for party-wide endorsements in primaries is the driving force behind the centralization of power and perpetuation of RINOS, who sell us down the river with bad policy and weak opposition to the war being waged on America from within.

In the upcoming primary May 17th, and in ALL contested primary elections, DO NOT VOTE FOR PARTY ENDORSED CANDIDATES.  Discuss the candidates with your local committee person and find out who they are supporting and why. Speak with the candidates yourself and seek out people whose opinions you value. Ask them who they are supporting and why. Vote instead for bold, principled grass-roots individuals who run for office to make a difference, stand up for their values, and oppose a corrupt system. Vote for people who want to EARN their election victory and not have it handed to them by their handlers. Vote for the political outsiders who are not owned and controlled by the party establishment. This is our only hope for preserving our constitutional republic as designed masterfully by the founding fathers and for reversing the damage we have done to ourselves by tolerating RINOs in charge of our party.

RightForBucks will be publishing a list of bold, principled candidates for the State Committee and other positions in the crucial upcoming primary election. Please make sure you get our emails and updates by signing up on our website www.RightForBucks.com/contact .

Why doesn’t the country’s most independent congressman of all-time run as an Independent?