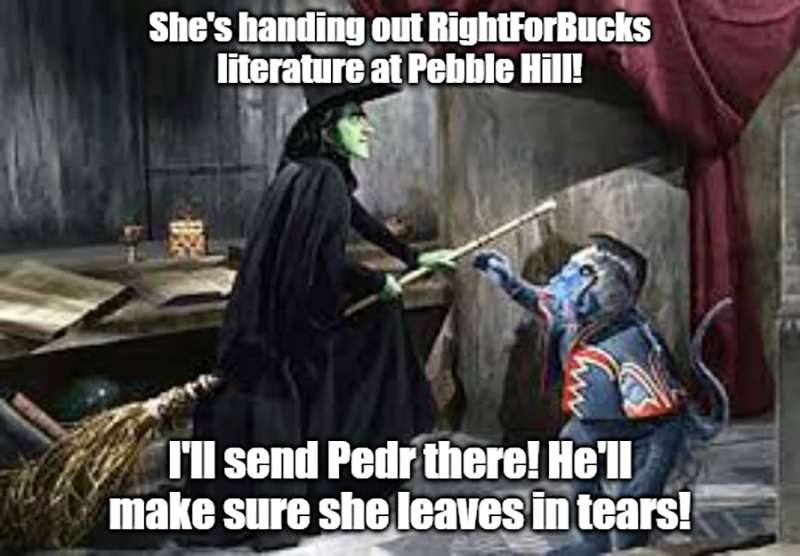 The May 17th 2022 primary election was two weeks ago. While the US Senate race is still on hold because of the problems caused by mail-in voting, we do know that the Grassroots Republicans in Bucks County have notched historical victories. A year ago, the RightForBucks Organization launched our Precinct Project, recruiting, training, and running new Bucks County Republican Committee candidates to fill seats left vacant and some occupied by Pat Poprik and Brian Fitzpatrick loyalists. We knew that in order to force changes in the party we had to change the players on the field. The result of this team effort by our organization and our allies is the seating of well over a hundred new committee people, adding at least 25% to the total number of committee people, along with two non-endorsed grassroots State Committee seats. This is a historic feat by any measure. We simply want new leadership, a change in the 1972 bylaws, and an end to the sham endorsement-sample ballot business model that they have run the party machine on for 50 years.

Pat Poprik resorted to her usual dirty tricks, ram-rodding sham endorsements for Brian Fitzpatrick and 17 State Committee candidates through a laughably illegitimate voice vote at Spring Mill CC. She then pissed off 90% of the Bucks GOP Committee (the other 10% are asleep at the wheel) by making illegitimate endorsements for Governor, Lt. Governor, and US Senate that she had to retract. It didn’t stop her from including her illegitimate endorsements in her mailer to mail-in voters. How insulting to be a Bucks County Republican Committee Member and be told (contrary to the bylaws) that you have to hand out a sample ballot in a primary election for candidates you didn’t endorse? Hopefully, this seedy, grifter business model of rigging the endorsement process to sell real estate on the sample ballot to subservient candidates is nearing its end, as it has given us terrible policy and spineless leadership from our elected officials.

Pat Poprik’s endorsement gymnastics weren’t the only seedy antics on display this cycle. We caught Brian Fitzpatrick’s campaign operative, convicted felon, and Poprik-appointed Middletown Committeeman alias “Turtleman” Dave Sommers on video stealing Alex Entin’s signs. See the video here: CLICK HERE. We saw PAID petition circulators from Philly and Erie knocking on doors for signatures for the disgraced Fake Republican Congressman Fitzpatrick. They gathered half of his signatures while only his most loyal volunteer soldiers dared ask people to sign for Fitzpatrick. We caught a grifter from Delaware County attempting to seize on “an opportunity” and slip her way onto the PA-01 congressional ballot using forged signatures. We saw Brian Fitzpatrick’s campaign representative Billy Lanzilotti being dismissed by the campaign after being investigated for an alleged ballot harvesting scheme. ARTICLE HERE

Last but not least, we have yet another tale of abuse and intimidation of female poll volunteers by male GOP operatives, this time the husband of Ellen Bowman Cox, a GOP Executive, and State Committee member.

The following account details the harassment, bullying, and intimidation perpetrated by Pedr Cox on a female RightForBucks poll volunteer Chrissy Strickland. Chrissy was lawfully and peacefully exercising her First Amendment rights on election day, May 17th, 2022, at Pebble Hill Church in Doylestown. This disgusting misogynistic and psychotic behavior by a cowardly and desperate man is disgraceful. It warrants the dismissal of Pedr and Ellen Bowman Cox from the Bucks County Republican Committee and State Committee for conduct unbecoming a committee member. Pedr Cox is a coward and a bully who attacks women who dare to campaign against Pat Poprik and her Flying Monkeys, Ellen Bowman Cox being the most notable of these.

Unfortunately, instances like this are not uncommon for conservative women who show up to work the polls against the GOP Establishment. Karen Locum received similar treatment last April in Hilltown at the hands of Judge Stephen Corr’s own brother when she dared to support Amir Stark in the primary.

What will Pat Poprik do to end the culture of bullying, harassment, and intimidation of women by male Bucks County GOP operatives? Will they get the same treatment as Turtleman Dave Sommers, who is on federal probation and who is rumored to have been cited three times recently for misdemeanor theft of Alex Entin’s signs? So far, Pat Poprik has done NOTHING with the ethics violation referral handed to her by the Middletown GOP. She’ll do the same with the Cox mob, I’m certain.

Here is the statement made by Chrissy Strickland:

I am writing to give an account of the horrific unjustified experience I had on election day, May 17th 2022.

I was eagerly awaiting election day. Eager to exercise my right as an American, to campaign at a polling location.

Eager to volunteer my time and effort as an American citizen and to show my patriotism.

My friends at RightForBucks Organization had told me I was needed at Pebble Hill Reformed Church in Doylestown Pa.

I gathered my 4ft x 2 ft card table, a lunch, plenty of water, and a sign for the candidate that I was supporting along with 500 republican sample ballots.

I unloaded my car and proceeded to the outdoor grounds where I saw two tents set up for the other campaigners.

As I approached the gathering I picked a spot to set up my sign and began putting the metal post in the ground, when I heard a man yelling “Oh no you don’t. YOU get out of here. You cant set up here.”  I recognized this man to be Pedr Cox, the husband of Ellen Bowman Cox, a GOP Executive, and State Committee member.

He continued “…you get that sign out of here. You’re not putting that sign up.” He then asked if I had a permit to be there. I said no. He continued “we all have permits. If you do not have permission from the church then you cannot be here.” He said I was setting up on the daycare grounds and they would not let me be there.

So I proceeded to move my things to a small space in front of the sidewalk. This space was approximately 10 ft. away from Pedr’s tent. He asked me what organization I was with.

I told him about The RightForBucks Organization and Andy Meehan. He yelled out “oh that Douche bag. He is a liar”. I replied, “Is that how we talk about others?

As I was setting up my table he came barreling at me yelling at me telling me to leave and that he would take my table and sign and throw it in the dumpster.

He charged at me grabbing my table which I was still in the process of opening the table legs. He grabbed the table and threatened me.

Needless to say, I felt extremely fearful of what he might do. He came so close to me that I thought he was going to grab me.

I quickly got away from him and walked into the polling location obviously shaken.

I found the Judge of elections, Ian, and explained to him just what had happened and if I could speak to the constable. He said the constable had just left.

Ian got on the phone and explained to someone what I had told him and within minutes the constable arrived. He introduced himself as Phil Norsthrop.

Phil asked me what had happened, I told him I was being threatened and bullied and was being kicked off the grounds. Phil asked what organization I was with.

I told him about the Right For Bucks Organization. Phil indicated that he would look into it for me but until then as long as we were approximately 10 feet apart and did not engage with one another that we should be fine until he could find out what legal grounds I had to be there.

At approximately 10:30 a.m. Phil came back to Pebble Hill Reformed Church and said he had talked to the church and in fact, I was not allowed to be there on the grounds and that I had to leave. He told me to gather my things and leave. He did say he was not going to make me leave though. At that same time, a sheriff’s van pulled up and asked me what was going on. I explained that Pedr Yelled at me threatening me and came barreling at me grabbing my table and told me I had to leave and I had no legal right to be here.

The two Sheriffs said they did not understand how he could make me leave the polling precinct and indicated that they would not be asking me to leave. After speaking with the Sheriffs,  I spoke to Constable Phil again and asked him to repeat why I had to leave. He said he had spoken to the church and that I had no permission to be on the premises. He then quickly walked away from me. I asked if he would mind talking to Audrey Strein who is an executive committee member and he refused to do so. Then at approximately 11:00 a.m. Phil came to the area I had set up and said, I looked into this further and you are allowed to be here and everything was ok.

Well in closing I just want to say never have I ever felt so violated by a man who took it upon himself to completely degrade me and my patriot friends at The RightForBucks Organization.

It is a complete disgrace that this man who is supposed to represent our community as a committee member would be so aggressive and tyrannical with a woman half his size.

I hope that my negative experience can serve to remind everyone that while we have different ideas about supporting our republic, never never should it include this type of aggression.

Needless to say, Pedr Cox and Constable Phil Norsthrop have no business being in any position of legitimacy or authority or anywhere near a polling location for any other purpose than voting. Do we have here a Constable enabling and supporting the bullying and harassment of a lawful poll volunteer? It’s a disgrace.

We congratulate Chrissy and ALL of our poll volunteers for having the tenacity, courage, and conviction to stand up for their rights in the face of bullying, harassment, and intimidation by the bad apples in the GOP Establishment. We look forward to better days of unity through transparency and competitive primaries. We look forward to days when committee people are not coerced to hand out illegitimate sample ballots against their wishes and their bylaws in primary elections. We look forward to new leadership and a re-write of the decrepit, corrupt, and racist bylaws of the Bucks County Republican Committee. Change is coming. Be part of the change!

Why doesn’t the country’s most independent congressman of all-time run as an Independent?